Jenny Burrell, creator and director of Burrell Education in the UK, approached Clare Hozack from IntoYou in 2015 to represent her in Australia and New Zealand.

Both Jenny and Clare believe that women are underserved in the fitness and health industries, and aim to “bridge the gap”. They do that by providing truly female-focussed, well-researched, and specific continuing education for personal trainers, physiotherapists, and massage therapists who want to serve this population better.

Both Jenny and Clare have had significant health issues, including a hysterectomy, 3 hernias, a ruptured disc, incontinence, and cancer between the two of them. They’re uniquely placed to take women from rehabilitating from these issues to full function, and train trainers their methods.

Jenny is also the creator of the ground-breaking Licensed women’s Core Health wellness system, Holistic Core Restore® with close to 100 Licensees in the UK and Internationally.

Holistic Core Restore was created as a direct response to the Pelvic Health and continence issues she experienced after Sub-Total Abdominal Hysterectomy. Ultimately, the education and aftercare she received post-op didn’t prepare her for the life that she wanted to live; an active and future-facing life. In possibly the most challenging period of her life so far, she made a pledge to dedicate herself to creating a Pelvic Floor and Core rehab programme that ‘Everywoman’ would benefit from and was actually FIT FOR PURPOSE!

That was way back in 2013 and the results of this programme and the testimonies of the 1000’s of women we empower every year, speak for themselves!

Clare is the creator and director of IntoYou, a small personal training studio on Sydney’s Northern Beaches, dedicated to making LIFE better! Clare is an ex-Australian athlete, and despite having access to the best coaches in Australia, finished her career riddled with core injuries that were exacerbated by three pregnancies and the birth of two healthy babies.

Like Jenny, Clare’s experience left her feeling under-served and ill-prepared for a full and active life, and she founded IntoYou in 2012 as an answer to this problem. 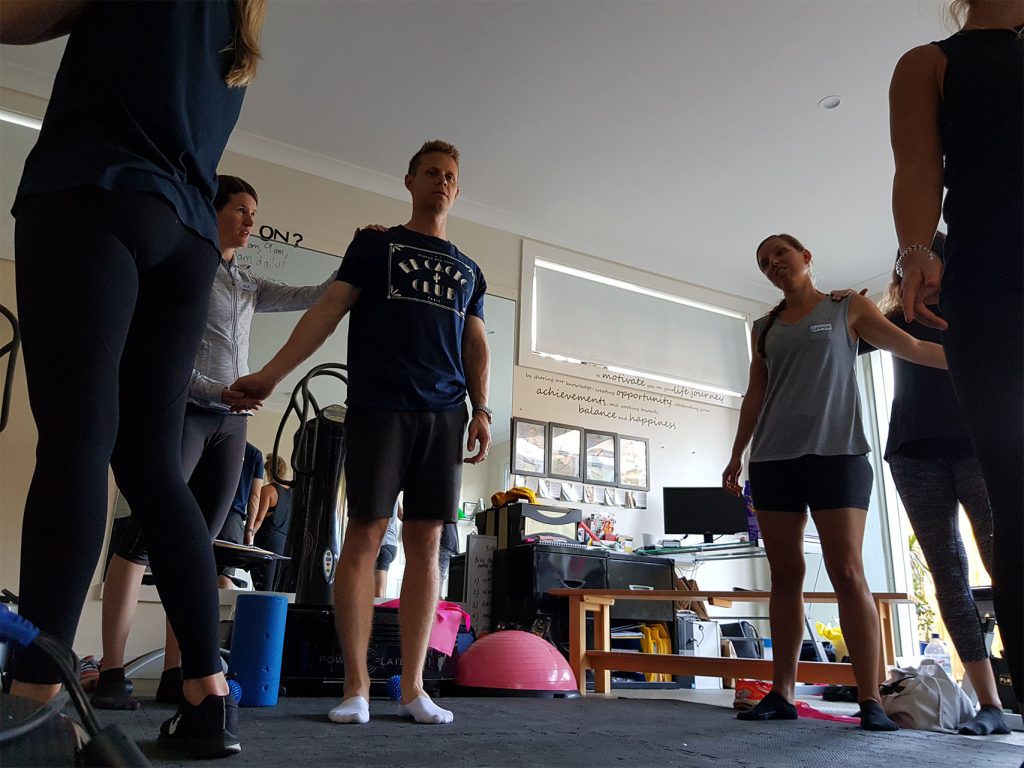 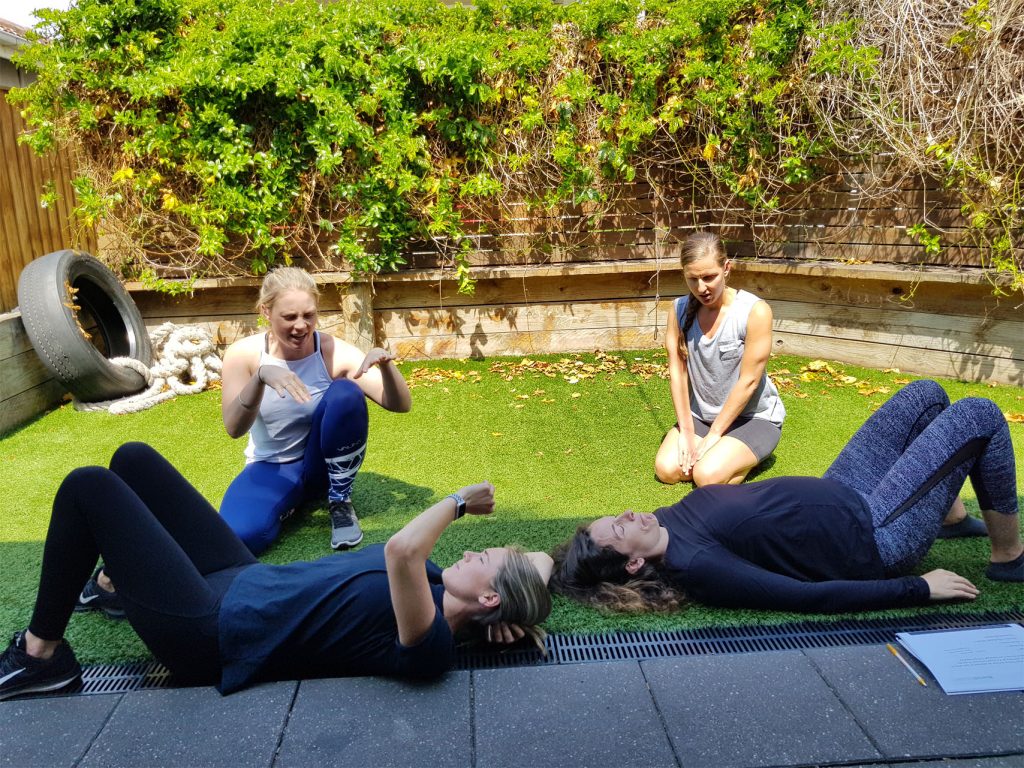 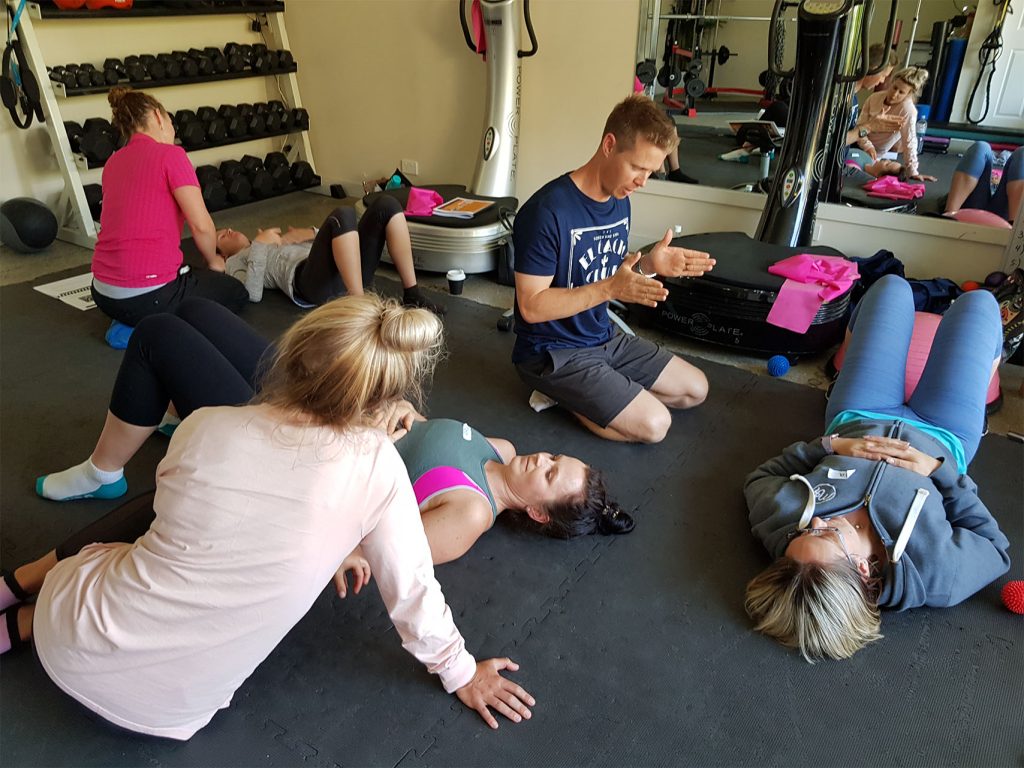 Clare began as an athlete in the Australian Sailing Team, where almost every one of her team mates in the 2004 team had a back injury. Together with the team’s physio, Clare developed a program for the Youth Squad, screening and correcting muscle imbalances to help prevent injury.

As Burrell Education’s Australia & NZ representative, Clare travels each month to deliver these internationally accredited courses to Personal Trainers. Clare has presented at FILEX and also the Women’s Health and Fitness Summit on Mummy Moves.

Clare has two kids herself, and understands the difficulties women face, particularly keeping their pelvic floor and mental health intact. She thoroughly enjoys delivering accessible and intelligent training to women who otherwise find themselves cut off from support in fitness. She has contributed to articles in The Carousel, Northern Beaches Mums, The Love Destination, and many others!

Clare has also developed the IntoYou Adventure Training program, where clients train for a specific oversea’s adventure. She says “these trips are overwhelming for average-Joe to consider on their own. However with trust in our trainers, we can take you and your various abilities to any heights, simply by placing one foot in front of the other. The women who complete our trips are truly inspirational, having conquered their fears and physical limitations, and I take my lessons from them!” IntoYou Adventurers have cycled around Samoa, hiked the Inca Trail, mountain biked in NZ, gone camping in Cambodia, and completed two trips to Nepal! The program has since expanded to include “closer to home” Outdoor Adventures like Hiking Group, Learn to Surf, Run Club, Bootcamp, and Learn to Mountain Bike!
Join IntoYou Education Student Support Group for Australia and NZ here: https://www.facebook.com/groups/1144625589070519/ 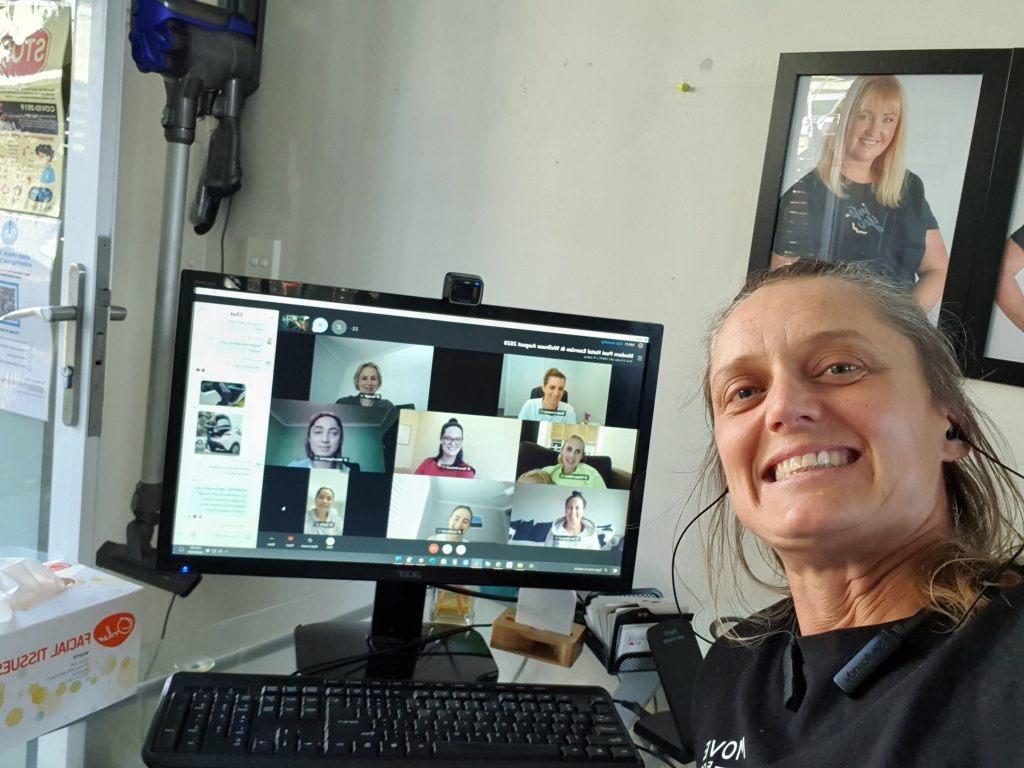 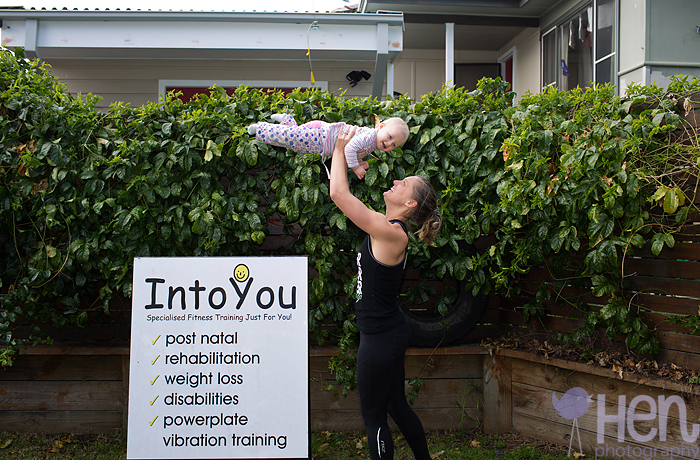 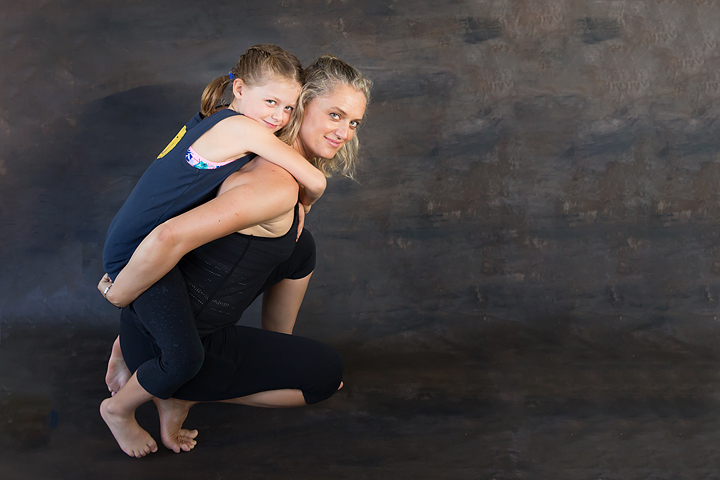 Charlie, as we know her, is originally from UK but a permanent move to Sydney 15 years ago prompted a career change to become a Stylist. She has always carried a passion for helping women feel good in their own skin and after another life-changing event, she embarked on her fitness journey as a client at IntoYou. She spent a few years training, and found that the marriage between a Stylist and a PT was perfect one, allowing her to help women on another level. She uses styling to help their self esteem and see themselves positively, and training to help their bodies rehab from childbirth, increase energy, and bounce again! Charlie has 3 daughters and understands the difficulties girls & women have with body image. She has had a catastrophic experience with an eating disorder in her family, and is passionate about mental health; how feeling good on the inside is more important than a number on the scales. Her approach as as Stylist and PT is an empathetic one with a strong emphasis on fun and laughter which has proven to be invaluable to her clients. During Charlie’s 5 years working as PT at IntoYou she has co-written 2 courses for Fitness Australia (How to Help Your Client’s Succeed and Restore your Balance). 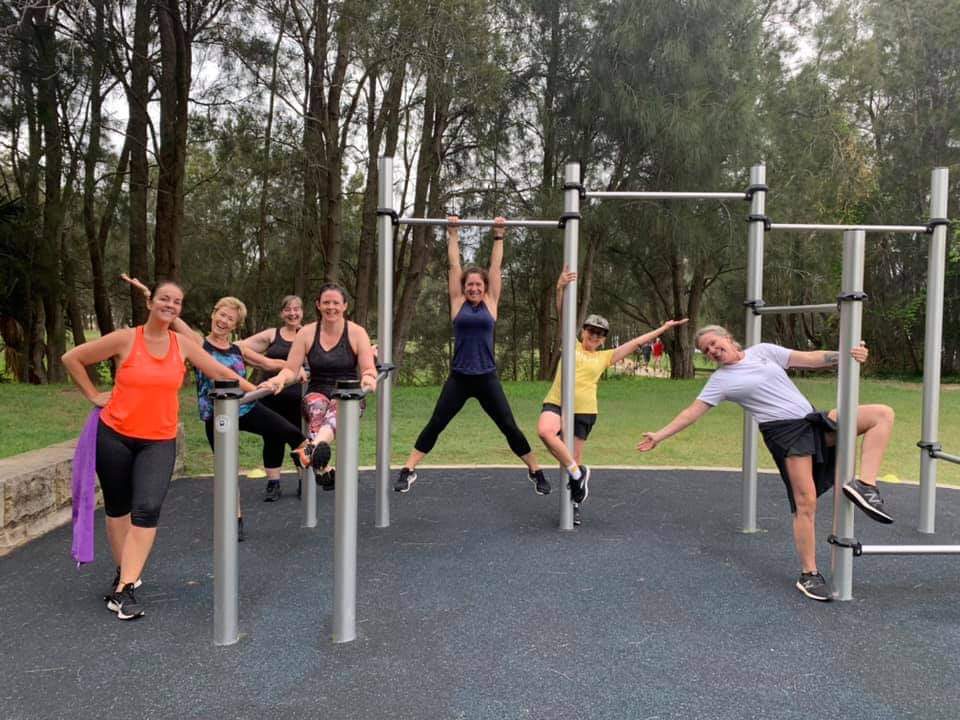 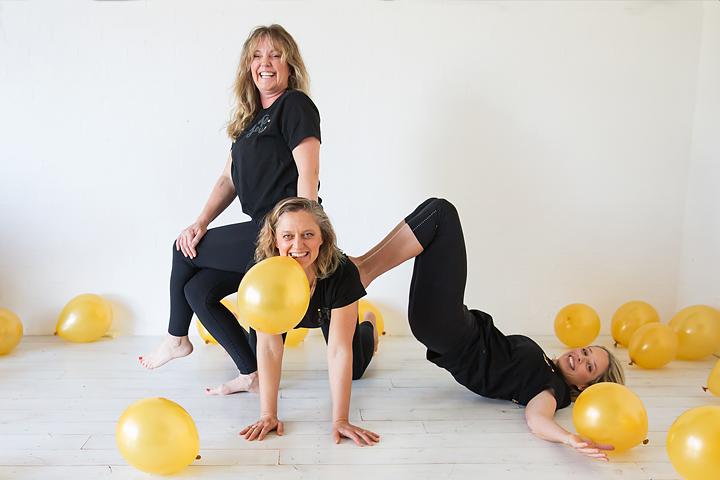 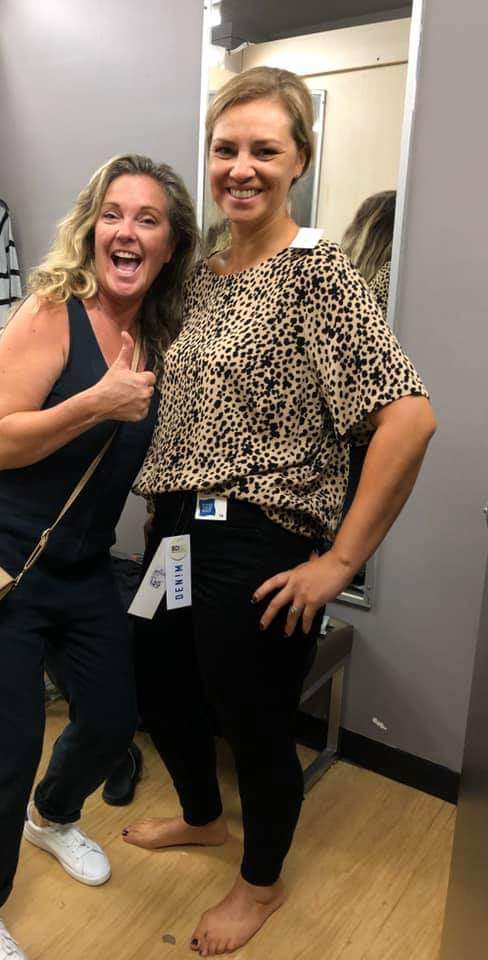 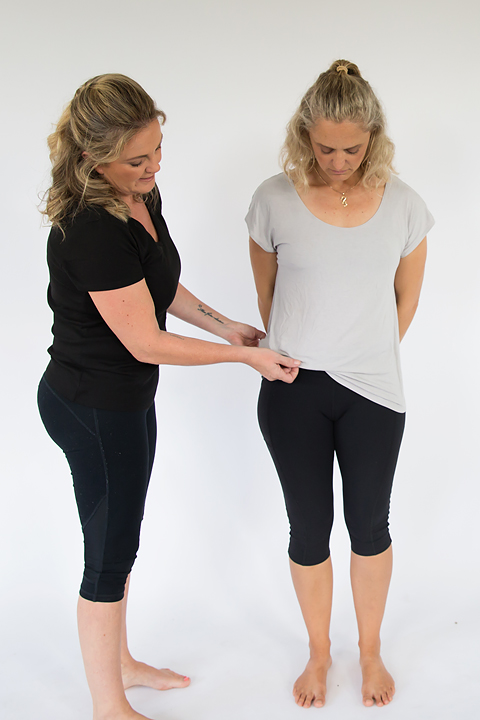