Twice as many women than men are affected by dementia, and they are also affected differently to men, and with more severe symptoms to boot! Dementia is the number one cause of death for women in Australia, after heart disease1 2. For this reason we are talking brain health in this article!

While we don’t have a cure, or even good treatments for dementia, there are heaps of things we can do to reduce our risk, slow the onset of the disease, and slow it’s progression. To get started3:

It’s not too late for anyone to start exercising, even if they have dementia already5. Whether you’re a man or woman, if you are physically fit, you have a 50% less risk of developing dementia compared to those who aren’t fit, and, crucially, it doesn’t matter how long you’ve been in good shape for – if you get fit now, after 40 years of inactivity, you’ll still reap the protective benefits.

The best kind is high(ish) intensity aerobic exercise, and the fitter your body is, the better your brain will get. This means that the aerobic exercise must increase your heart rate to the point where you’re out of breath – but you don’t have to go “all the way” and max it out. An intensity of around 7 or 8 out of 10 is sufficient, and achieving that level of intensity in bursts is also beneficial.

Some ideas to achieve this:

You can measure your fitness and risk by using the Norwegian Univerity of Science and Technology calculators here: https://www.ntnu.edu/cerg/vo2max

Diet is one of what i am going to call the “trifecta” for brain health: exercise, diet, and brain training.

Whilst Alzheimers is just one kind of dementia, many studies have shown that what we eat affects the brain’s ability to think and remember. There are studies that show The Mediterranean Diet and general healthy habits are associated with improved cognitive function, however eating habits alone do not have a preventative effect as strong as things like physical activity and brain training. 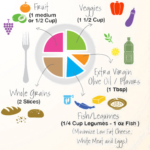 Having said that, The Mediterranean Diet and MIND Diets (like the Mediterranean but with specifric blood-pressure-lowering elements) lower other health factors that contribute to the risk of developing dememtia such as high blood pressure, inflammation, diabetes, obesity, and heart disease6 – so it’s still worth tweaking your diet starting today! You can download meal plans for The Mediterranean Diet here: https://www.mediterraneanbook.com/get-free-mediterranean-diet-plan-34 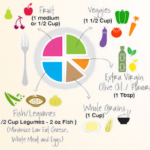 Conversely, if you follow a “western” diet, one that is high in red meat, saturated fats (like butter, or deep fried foods), saturated fats, and sugar (even if you don’t eat desserts, packaged foods such as breakfast cerals have as much sugar as desserts do!) is associated with a higher risk of developing dementia7.

So, while there’s no prescription for eating to prevent dementia, those with a diet that includes a wide variety of fresh foods, especially one that includes fish and olive oil, will have fewer health risks generally – including risk of developing dementia.

It’s worth mentioning that studies on specific interventions have mostly been small, and mostly show only a modest improvement. However in populations that engage in the trifecta above (diet, activity, mental stimulation) there is significantly less occurrence of dementia9. Furthermore, not all brain training is considered equal, and many commercial apps and games are making unfounded claims. There’s no need to purchase a commercial brain training tool to engage in cognitive fitness training10.

So, what kinds of cognitive training will help us prevent or slow the onset of dementia11?

Other things that will help your brain:

The best thing you can do for your brain is exercise and variety, and in the most hopeful news yet, the benefits will be seen as soon as you start – in the form of stress relief and mood enhancement! Your client’s don’t realise how much you’re helping them prepare for their twilight years – right now! 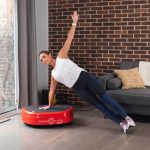 Power Plate Whole Body Vibration Training Can Be A Critical Tool In Mitigating The Progression Of Cognitive Decline; From https://powerplate.com.au/improving-cognition-in-dementia/

We are all looking for ways to keep our bodies and minds as healthy as possible. Power Plate was recently used in a study to determine the effects of Whole Body Vibration (WBV) on cognitive impairment.

Mild Cognitive Impairment (MCI) is defined as the boundary between memory loss and impairment and is typically regarded as a preclinical stage of dementia. This study, completed at the Miyagi Koseikyokai Izumi Hospital in Sendai, Japan, sought to determine if WBV could enhance cognitive function.

The study compared regional cerebral blood flow ratio before and after a four-week long exercise program conducted using the Power Plate pro5. Exercises were conducted for 30 seconds on and 30 seconds off the pro5 for approximately 20 minutes at a frequency of 35-40Hz with a low amplitude.

Results of the study conclude that Power Plate and WBV can be a tool in slowing cognitive decline.

6National Institute on Aging (2022) What do we Know About Diet and Prevention of Alzheimer’s Disease? Nia.hih.gov, retrieved 18th October 2022 from https://www.nia.nih.gov/health/what-do-we-know-about-diet-and-prevention-alzheimers-disease

7National Institute on Aging (2022) What do we Know About Diet and Prevention of Alzheimer’s Disease? Nia.hih.gov, retrieved 18th October 2022 from https://www.nia.nih.gov/health/what-do-we-know-about-diet-and-prevention-alzheimers-disease