Domestic and family violence will affect almost as many women as pelvic floor dysfunction, at least 1 in 4 women. Think about your current client base – would you know how is affected and who isn’t? Do you have to tools and information necessary to call it out when you see it? This month, for our Women’s Health Mentorship, we are joined by a survivor of Domestic Violence (although she still has to manage interacting with her abuser to this day), to discuss the role of the personal trainer in this very common, but very taboo circumstance. You can join us here.

As a trainer, many years ago, I had a client who was venting to me in her session. As she revealed more and more about her home situation, I became more and more alarmed for her safety. I regret to say now that I didn’t handle it well, and my comment was “if you tell me any more, I am going to have to call the police”. She had two young children with this man, and I had effectively gagged her. When I asked her how things were the week after, she brushed me off with “fine” and that was the end of it, until a few years later when he physically abused her, her mother, and her daughters when she tried to leave. She did eventually “get out”, however, she was lucky to have a home to run to in the form of her parents. To this day, however, she has to manage her interactions with him, share her children, and earn enough money to look after herself and her children by herself. 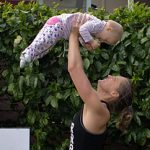 I remember this so clearly because I have run it over and over through my brain since then. How could I have helped her? Is it enough just to listen and “be there”? Should I have kept the communication lines open even if it meant NOT calling the police in what was a very frightening situation? I am happy to say that we are still friends, and even though I didn’t have the tools and strategies back then, I sure as hell do now! This is what I am going to impart to you today!

Domestic Violence is behaviour that coerces, controls or causes a person to be afraid1. The abuse can happen in different ways, including emotional, psychological, physical, sexual, verbal, social, financial, spiritual, and harassment or stalking. Withdrawal of reproductive rights and forced marriage are also forms of domestic abuse. You do not need to be physically hurt to have experienced domestic and family violence. Domestic and family violence is often about a pattern of behaviour that causes fear2. This means, as long as your client is afraid, it is technically abuse. 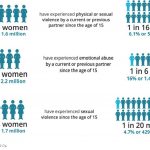 Domestic violence occurs primarily in heterosexual relationships from men towards women, however it does occur in reverse, in homosexual, and transgender relationships too4.

Domestic abuse manifests as one partner exerting control over the other. Since you only have access to one partner (presumably), you’re only getting one side of the story. Having said that, if your client reports being controlled – financially, emotionally, sexually, or in any other form, it is worth investigating further.

Your client will sometimes (but not always) show psychological signs including5 6: 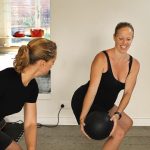 Physical signs of domestic abuse include:

If they haven’t been physically harmed, symptoms can still be physical (eg. In emotional abuse):

Remember, the behaviour is considered abusive if it elicits fear from the victim. This can occur without violence, but the victim is frightened. If you see signs of fear in her interactions or what she tells you about her home life, then you can help her by guiding her to help on 1800RESPECT or1800 737 732.

This line is available 24 hours a day, 7 days a week via phone and online chat, and available for anyone experiencing domestic violence, seeking resources or information, or questioning unhealthy aspects of their relationship9. As their coach, you can call too, and get professional advice on what you are hearing from them.

Once you’ve investigated what you’re seeing with your client, you may feel more comfortable talking to them about it. Your role is not to council them, but help direct them to further resources such as 1800RESPECT.

If I were to do it all over again, rather than shutting down my client, effectively warning her not to tell me any more, I would simply listen, then call 1800RESPECT in my own time to get advice. I would then pass that number on to her, so she could talk to an appropriately qualified, informed counselor who could direct her in the best course of action. 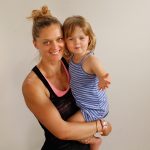