Skip to main content
Call 0410 508 101 View cart (0 items) My account
Cesarean Awareness Month is an initiative from the International Cesarean Awareness Network, who are an organization that spreads awareness and education on cesareans. Because of their efforts, families are now taking more control of their pregnancies and births, and feeling the empowerment that comes along with recognizing your innate capacity to be the lead authority in the birth room*.
The World Health Organisation estimates that life-saving Cesarean Sections should make up 10-15% of all births**, but in the western world, the numbers are closer to 25-30% of births***. This is despite the World Health Organisation research that shows that there is no evidence that mortality rates improve. 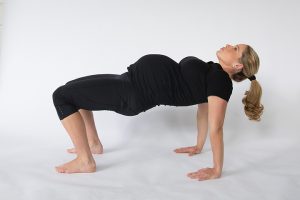 ICAN created Cesarean Awareness Month nearly 20 years ago to ensure that patients and their families would understand the full risks of cesareans and other uterine surgeries before their first surgery. Many, if not most, do not hear terms such as “Accreta” until they are being diagnosed with it, even though data shows the vast majority of people that have a cesarean will have a repeat. This means people are not fully informed on the risks of cesareans before they experience one for the first time.
Without judging women, and their right to choose, it is important for them to understand that a C-Section is MAJOR abdominal surgery, and carries all the usual risks of major abdominal surgeries. A woman also needs to understand that physically, it is just as hard on her body as a vaginal birth – she is not going to miraculously “save” her pelvic floor by opting for one. There are hundreds of other factors for pelvic dysfunctions, which include being pregnant, overweight, an elite athlete, heavy lifting in your occupation, chronic constipation, smoking, and more! A C-section is also a factor for pelvic dysfunctions, just in a different way to a vaginal birth.
You have to recover from a Cesarean surgery the same way you would a bowel resection, appendicostomy, or other abdominal surgery – it is definitely not the “easy” way out, as so many women seem to perceive. What troubles me sometimes is that because a woman may perceive a C-section as the “easy” option, they behave post surgery like it was easy too – and the body doesn’t like this.
At IntoYou, I have an uncommon advantage to be working with hundreds of pregnant and post natal women over 10-20years, and also personal trainers at the same time. The patterns we see over this population and period aren’t necessarily things you can study, nor has a study been attempted (that i can find – send them to me if you know of one!). However, I can tell you that if I ask 11 women who have had a C-Section about painful sex after birth and ask if they’ve been diagnosed with a hypertonic pelvic floor, 10 of them will say “yes, and yes” (i know because i asked them, and continue to do so with the same results). 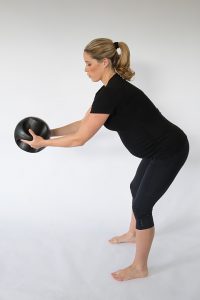 Post C-Section, a woman has gone straight from a major physical event (pregnancy), to a major abdominal surgery (tissue trauma), to a major physical change in lifestyle (ie. the everyday physical tasks associated with having a new baby), with a major change in mental and emotional load (ie. having to remember and worry about more!). A woman may or may not have wanted the Cesarean, which will complicate things further. In periods of stress and uncertainty like the above, the body will clamp down, or tension up, and develop areas of rigidity to protect itself. In a post-C-Section body, this is most commonly the pelvis and back, which can lead to pain and dysfunctions down the track. Because there can be years between a C-section and a chronic pain condition or injury, it is not often seen as linked. It is also important to note that the pain is not always where the problem is. The pain could be in the neck, but can be relieved with abdominal wall stretching – your body is intricately connected!
C-Section recovery is big. There’s a post I did a while ago on the “posture of pain” that talks a bit about it: https://www.instagram.com/p/BZQesnigdX5/ and sneezing with an abdominal wound: https://www.instagram.com/p/Bgpz09phU7E/
Cesarean’s have saved so many lives of both the mothers and babies. We are so grateful to have the technology to perform them safely! However, when choosing them make sure that you understand what you’re entering in to, and look after your body when you return to activity afterwards. 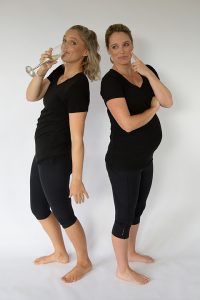